Formidable solids of exposed concrete and monotonous, utilitarian shapes of social housing have become one of the most recognizable and universal elements of post-war architectural language. Regardless of the different political systems, geographic conditions or local aesthetic traditions an architectural style now commonly referred to as “Brutalism” (derived from the  French “béton brut” or “raw concrete”) became a dominant expression of our shared architectural  heritage and an inseparable part of many cities around the world.

In Eastern European countries, large-scale mikro-rayons vividly embody the pragmatic dimension of the socialism project. On the other hand, there was a striking part of Soviet modernism that was demonstratively irrational, focused not on a standardized function, but on a breath-taking e motion. A similar duality appeared in Western societies.

Despite specific aesthetic values many of these buildings are seen by some as not fitting into the contemporary context. Even though the rising interest around the architecture of Brutalism is growing, these monuments and buildings are too often being demolished, unrecognizably altered or simply left to deteriorate. ICOMOS ISC20C initiates this lnnovaConcrete workshop as a field for debate whether these structures/monuments, apartment buildings or other functional types can and should remain for future generations as a relevant part of our history. 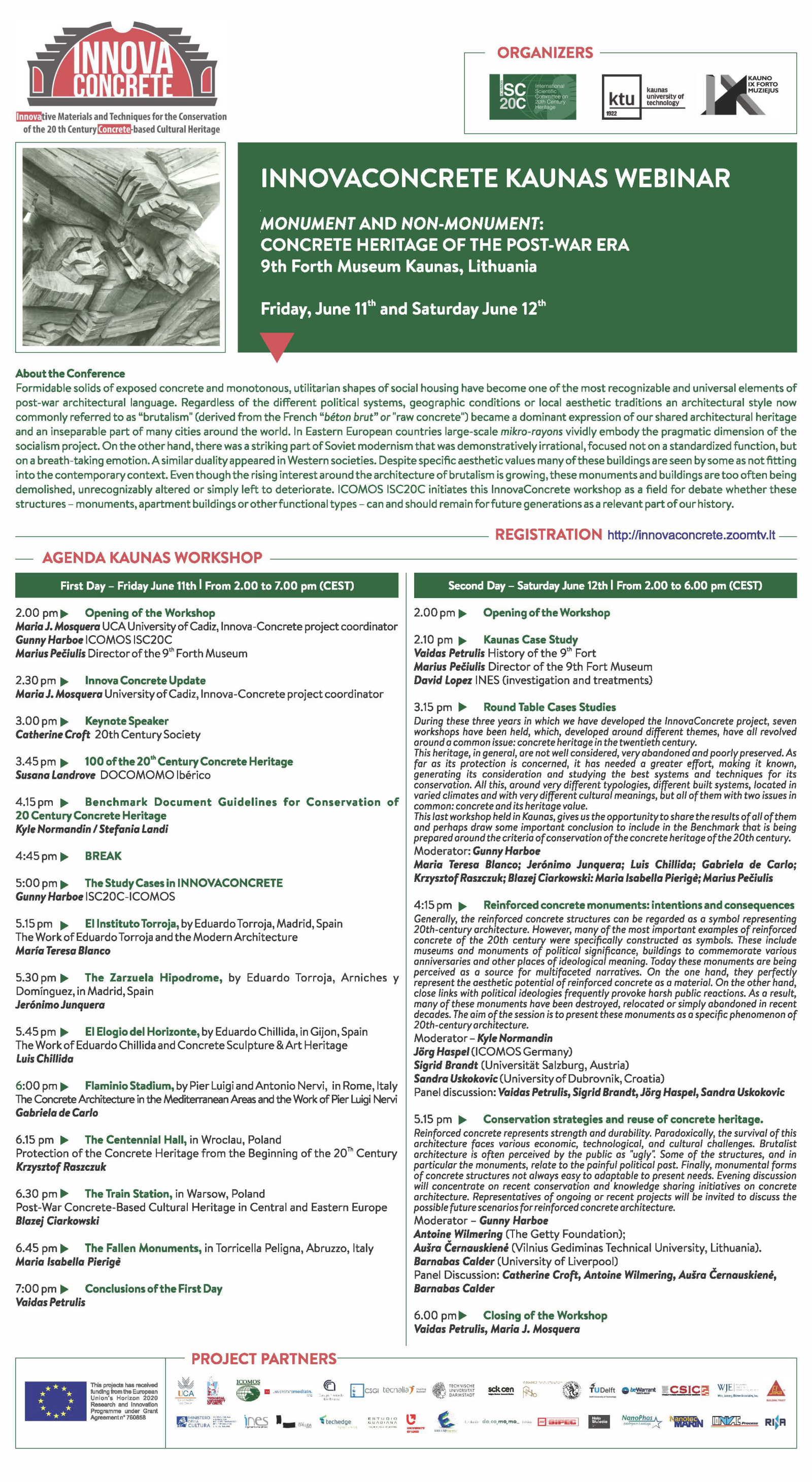