Announcing the winners of the I Spy Modernism Architectural Photography Competition

In its inaugural year, the Docomomo US I Spy Modernism Architectural Photography Competition welcomed photographers of all skill levels to “put their own photographic imprint on modernism,” or as the iconic photographer Julius Shulman once put it, “to assemble thoughts in [their] mind,” and share them with the world in the form of a photograph. The prompt was well-received, with close to 300 photographs submitted. “To have not only the quantity of submission but also the quality of work for a year one competition is terrific,” noted jury member Matthew Carbone, a professional architectural photographer based out of New York City.

Out of the many images submitted, the jury selected twelve winning photographs, taken by students, amateur photographers, and professionals, which displayed their personal takes on capturing modernism. The first place winner is Joy Mullapally, whose photograph of Albert Ledner’s National Maritime Union Headquarters was described by the jury as exhibiting “beautiful lines and simplicity.” The competition guidelines requested that subject matter would ideally be based in the U.S. and dating from 1940-1980, however submissions outside these parameters were considered. Second place winner Tiecheng Chen’s photo capturing an “emotionally graceful transition” at Zaha Hadid’s 2014 Galaxy SOHO in Beijing won over the jury. Rounding out the cash prize winners (first place receives $500, second $300, and third $200), is Julio Alberto Cedano’s composition of the iconic Farnsworth House, “beautifully placed in the landscape, with pops of color” that complete the image. Nine additional images by photographers Andrea Brizzi, Serhii Chrucky, Geoff Goddard, James Haefner, Robert Meckfessel, Steven Lawrey, Adam Reynolds, and Carmen Soubriet received Honorable Mention.

All twelve images will be featured on a set of exclusive, limited-edition postcards, produced by Docomomo US and now available for pre-order.

Docomomo US would like to thank our I Spy Modernism jury: Matthew Carbone, Wendel A. White, and Charles Davis Smith, for their thoughtful consideration of the many entries in this year's contest.

Click on the images below to see a full-size image. National Museum of the Republic and Cathedral of Brasilia, Brasilia In celebration of great photography and modernism, Docomomo US is creating limited edition sets of twelve postcards featuring each of the winning photographs. Pre-order a set (or two) today! 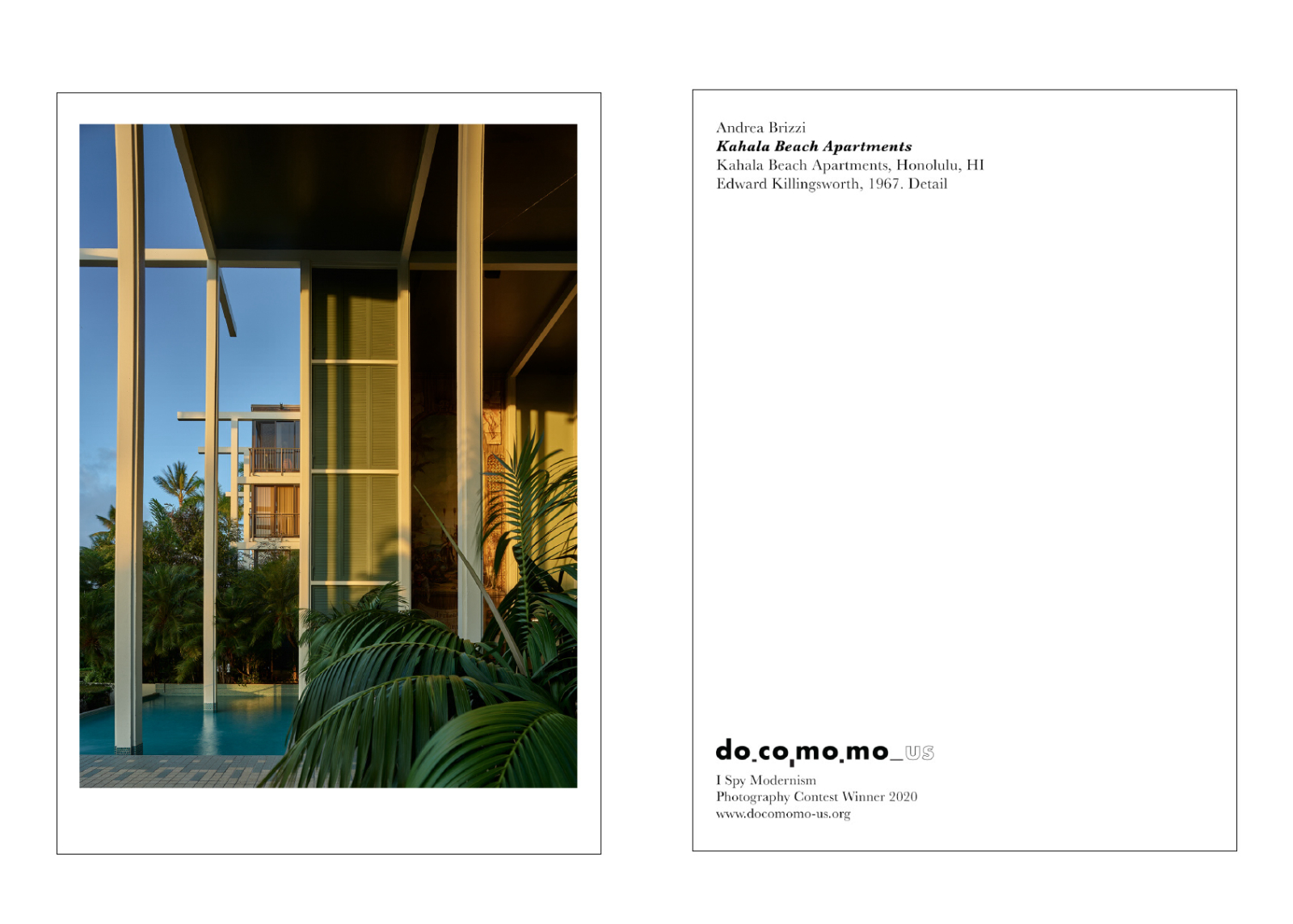