Breuer’s Bohemia: The Architect, His Circle, and Midcentury Houses in New England

Excerpt from Breuer’s Bohemia: The Architect, His Circle, and Midcentury Houses in New England by James Crump

Breuer’s Bohemia publishes on September 14 from Monacelli and explores a vibrant period of midcentury modern design and culture as seen through the influential New England houses designed by Marcel Breuer for his circle of clients and friends.

The book’s publication coincides with the feature-length documentary of the same title by James Crump available for streaming on demand on Vimeo.

In her definitive biography of Walter Gropius, Fiona MacCarthy posed the question about the last years of Gropius’s life: “Why was it that the Bauhaus and its history continued to be his great preoccupation and why did he cling to the little group of friends—Bayer and Breuer and Schawinsky—who had been with him at the Bauhaus, and who sometimes treated him with singular disloyalty, for the rest of his long life?”

To answer this question, one need simply look to the Wellfleet community they shared and the unforgettable times spent together on Cape Cod beginning in the mid-1940s. Breuer’s bohemian enclave harkened back to their years at the Bauhaus and the sun-drenched holidays he enjoyed with the Gropiuses, Bayer, and Schawinsky; but in the blush of his recent success in New York, the postwar mood on the Cape offered even greater freedoms and a carefree spirit that predates the sexual revolution in America. It was the norm in Wellfleet to sunbathe and swim naked or to walk nude on the beach. Bathing suits, which some in Wellfleet considered prudish and old-fashioned, were the exception. Breuer’s Bauhäusler soulmates were at home with the naked sun worship associated with the free body movement or Freikörperkultur in Germany, but for progressive New Englanders after the war nudism also held a similar appeal. Author and historian Hayden Herrera, who spent childhood summers in Wellfleet recalled, “it was almost considered reactionary if [one] wore a bathing suit.” Indeed, Herrera’s childhood circle didn’t wear clothes to the beach until the discreet concerns of puberty emerged. But such disquietude was for children—not consenting adults. As Ati Gropius Johansen recalled, the libertine attitudes in Wellfleet in those years created a “three-ring circus” of beach parties and picnics that precipitated summer trysts, the speculation being that with abundant nudity and hard drinking something erotic was bound to happen. “That’s where . . . all the great love affairs sprang from,” Gropius Johansen breathlessly exclaimed. “People went off on starlit nights. It was juicy living . . . rampant love, is all I can tell you.” “Clearly they enjoyed one another’s company and there was a raucous party atmosphere in Wellfleet,” Robert Wiesenberger declared. “People were taking canoes, probably laden with booze, across the ponds to visit one another.”

Breuer’s great friendship with Gropius survived their separation nearly a decade earlier, and Walter and Ise had an open invitation to visit the Breuers in Wellfleet any time they wished. Wellfleet epitomized their lifestyle aspirations, a dream made real, never far from mind for either Breuer or Gropius. From Paris, where he was completing the UNESCO headquarters, Breuer wrote to Gropius in June 1956, “Will we see you in the summer? Wouldn’t you like to spend, with Pia [Ise Gropius’ nickname], some time with us in Wellfleet? It would be very nice if you could do this and I hope you will let us know.”

Despite Breuer’s petulant break from Gropius to start his eponymous firm in New York, they had patched up their differences, and in Wellfleet they basked in the deep friendships they collectively formed with the many creatives and intellectuals passing through the Cape. Among the newcomers were Rufus and Leslie Stillman, still exhilarated after having completed their first home with Breuer in Litchfield. The Stillmans became frequent guests of the Breuers beginning in 1951, and in Wellfleet their friendship continued to flourish. In photographs from the period, the young couple are seen blissfully enjoying the Breuers’ Wellfleet cottage—drinking, smoking, and having meals on its cantilevered screened porch, with daytime jaunts to the beaches fronting the Atlantic. The Stillmans look like a vibrant couple with their love genuinely radiating in the photographs. Connie Breuer and Leslie Stillman are shown in a private moment beneath a parasol on the beach, while in another photograph Rufus Stillman swims, his two crutches planted in the sand. Breuer is shown gazing out to the ocean in a moment of contemplation. In an undated letter from 1951, Leslie Stillman gushes to her architect:

We had the most marvelous time—we love you, Connie,
Tomas, mussels, scrambled eggs, your house, your boat
and various beds—can’t wait to get back.

Rufus’s hand-written missive enclosed in the same envelope to Breuer underscores the utter pleasure that Breuer’s work inspired in him. “The only thing that makes [life] at all possible,” Stillman wrote to the architect, “is the house.” Wellfleet proved such an influence on Stillman that he began imagining his own colony of friends in Litchfield, Connecticut, an enclave of like-minded modernists, and years later even replicated Breuer’s Wellfleet Cottage on his own property there.

James Crump is a writer, director, producer, and acclaimed art historian and curator whose films include the documentaries Spit Earth: Who Is Jordan Wolfson? (2020); Antonio Lopez 1970: Sex Fashion & Disco;(2018), winner of the Metropolitan Grand Jury prize at the 2017 DOC NYC Film Festival; Troublemakers: The Story of Land Art (2016), which premiered at the New York Film Festival with The Wall Street Journal declaring that it "takes its place among the great art documentaries of the past half century"; and Black White + Gray: A Portrait of Sam Wagstaff and Robert Mapplethorpe (2007), which premiered at the Tribeca Film Festival. Crump is also the author, coauthor, and editor of numerous books and has published widely in the fields of modern and contemporary art. His critical texts have appeared in Art in America, Artforum, Archives of American Art Journal for the Smithsonian Museum, and Art Review, among other publications. 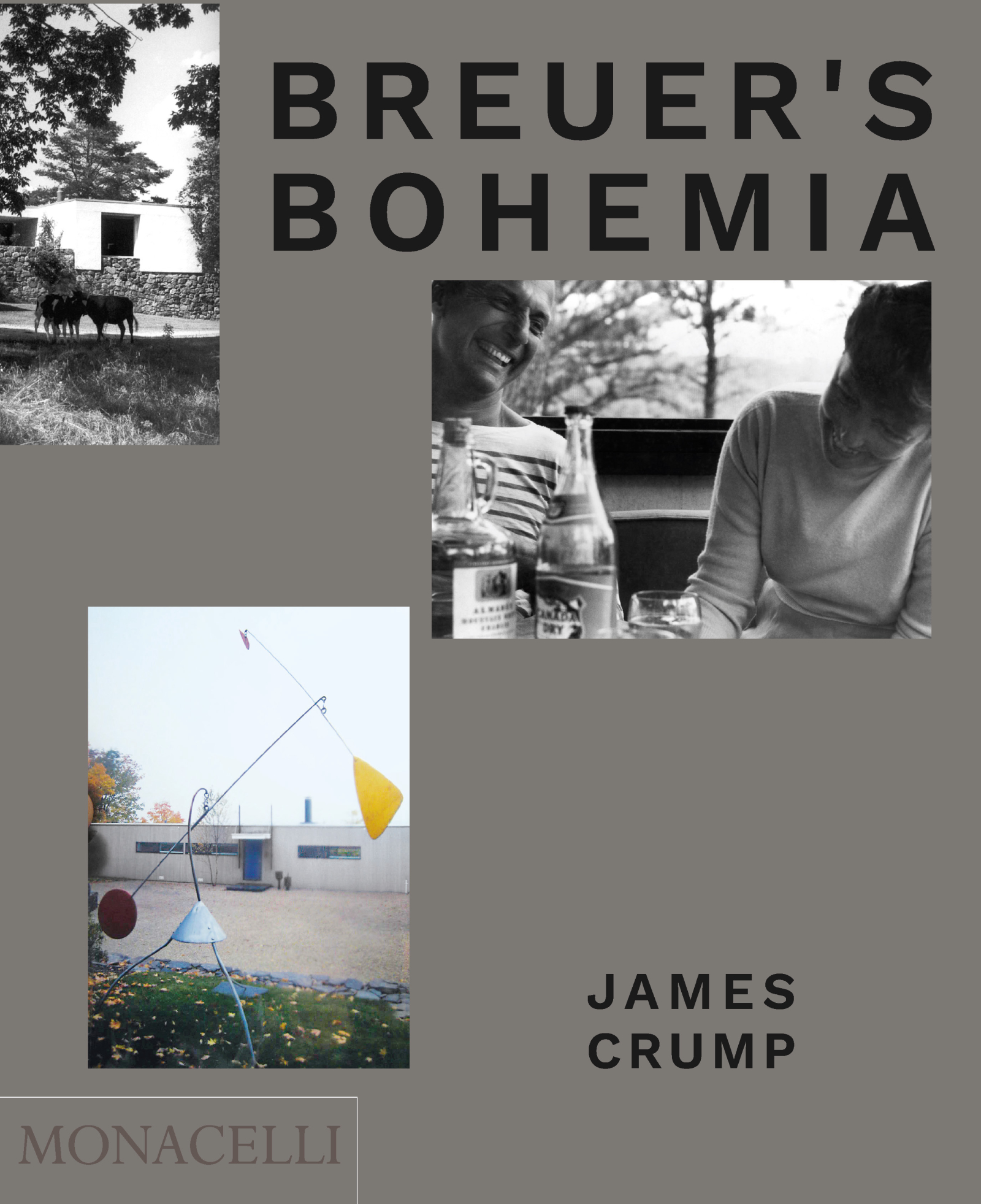